"We Represent InjuRed People and Defend the Accused."

Knowledgeable Legal Team You Can Trust

No one knows when life will throw you a curveball. This is why it pays to know a reliable attorney that you can turn to anytime. Take advantage of the legal services of the Law Offices of Albert Garcia in Visalia, CA and let our legal team assist you with your legal concerns. Whether you need a personal injury or criminal defense attorney, you can rest assured that we have the experience and knowledge to provide you with the attentive and professional legal assistance that you require.

Question: What exactly does it mean when an officer says, “You have the right to remain silent?”

Answer: It means it’s worthless to you unless you use it. You have a right, use it—remain silent. I heard a comedian say one time, “I had the right to remain silent, I just didn’t have the ability.” And while you may say it seems funny—and it is funny—it’s not. This is a Constitutional right and it is of value to us only when we use it.

Confidently face any legal trial with our criminal defense and personal injury attorney by your side. As a trial attorney and an ex-prosecutor, Albert Garcia can provide you with an aggressive and dedicated representation in court. We represent injured people as well as defend clients in all criminal cases such as:

AUTO & TRUCKING ACCIDENTS
Car accidents can occur in any place and at any time, and they are among the leading causes of preventable injury and death in the nation. With so many cars on the roadways, it is no wonder that car accidents claim thousands of innocent lives each year.
If you have been injured in an automobile accident due to someone else's negligence, you need to speak with our personal injury attorney. Do not waive your right to legal counsel. The Law Office of Albert Garcia is here to help. Whatever your situation, we believe you deserve financial compensation. We have successfully represented thousands of accident victims and we're prepared to fight for you.
When you get behind the wheel of a car, you are required by law to operate your vehicle in a way that reasonably protects the rights, interests, and well-being of other motorists on the road. You expect the same behavior from the motorists with whom you share the public roads. Unfortunately, this is not always the case. In countless instances, driver negligence, driver distraction, and driver intoxication have all been leading causes of serious and fatal car accidents in California. Though the causes of accidents can differ, they almost always have the same results: DEVASTATION.

Commonly, car accidents cause catastrophic injuries such as

If someone else's negligence, carelessness, or recklessness has caused injury to you or your loved one, you must speak with our legal professionals immediately. More often than not, you will be forced to work with the opposing party's insurance company. You will need to work with an aggressive attorney who has the experience, knowledge, and skills to face off against major corporate entities.
PREMISES LIABILITY

What is Premises Liability?

Premises liability is a legal concept that typically comes into play in personal injury cases where the injury was caused by some type of unsafe or defective condition on someone’s property. Most personal injury cases are based on negligence, and premises liability cases are no exception. In order to win a premises liability case, the injured person must prove that the property owner was negligent with respect to ownership and/or maintenance of the property. In general, negligence means that the property owner failed to use reasonable care in connection with the property.
Because of someone else's negligence, you could lose time off work and incur medical bills, even as you endure pain and suffering. If you or a loved one has been harmed by a careless person or organization's actions, you are urged to contact our office.
From individual property owners to a local government, property owners have a duty of care to people on their property, a duty to maintain the premises in a safe condition. The owner or occupier of the property is responsible for the injuries to which they carelessly contribute.

Homeowners, landlords, store owners, etc. can be faulted for failing to

If you face serious injuries or tragic loss from a premises liability accident, we can go after a negligent premises owner.
EXPUNGEMENTS

EXPUNGEMENT OF CRIMINAL RECORDS IN CALIFORNIA

Who is eligible to have a conviction expunged?

Expungement is available to defendants convicted of either California misdemeanors or felonies provided that:

What does a California expungement do?

Under Penal Code 1203.4, an expungement releases an individual from virtually "all penalties and disabilities" arising out of the conviction.

One particular benefit is that an expunged conviction does not need to be disclosed to potential employers.

As it is, California’s ban the box law in AB 1008, bars employers from asking about a job applicant's criminal record until there is a conditional offer of employment.

But once a conviction has been expunged, it does not have to be disclosed to an employer even after the employer makes a conditional offer of employment.

Who is not eligible for an expungement in California?

People are not eligible for expungement if they:

A person is also not eligible for expungement if convicted of certain sex crimes involving children.

People who are not eligible for an expungement may be able to get relief for their offenses through:

A NEW CALIFORNIA LAW THAT HELPS IMMIGRANTS WITH CRIMINAL CONVICTIONS

Do you know an immigrant who has been convicted of a crime? Did they plead guilty without their attorney explaining to them the negative immigration consequences they would have in the future? Have they served their sentence and completed probation? If you answered yes to these three questions, please give our office a call. We are here to help anyone facing the harsh immigration consequences post-conviction, such as possible deportation, exclusion from admission, or denial of naturalization.
On, January 1, 2017, Penal Code section 1473.7 became effective. This new law permits people who are no longer in criminal custody to file a motion to vacate a conviction or sentence. A motion pursuant to Penal Code section 1473.7 can be made on either of the following two grounds: (1) a prejudicial error damaged the defendant’s ability to meaningfully understand, defend against, or knowingly accept the actual or potential adverse immigration consequences of a plea of guilty or nolo contendere, or (2) newly discovered evidence of actual innocence.
This motion may provide immigration relief for defendants that were not able to understand the immigration consequences of a conviction and are now suffering immigration prejudice. If you know anyone who can benefit from this new law, do not hesitate to give us a call. There is hope and we are here to help obtain a clean record!

Should I Call an Attorney?

If you have suffered any kind of personal injury due to the actions of another, a California personal injury lawyer should be consulted as to your legal rights and options for legal action. Without appropriate legal counsel, you may lose your right to file a claim and pursue financial compensation to cover your losses, damages, injuries, or other accident-related expenses.

Your right to financial compensation may include the following 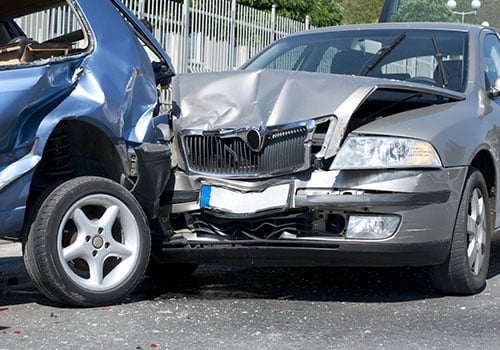 Having an attorney fighting for you can make all the difference to whether or not you receive a fair amount of compensation, or any compensation at all. The injury that you have suffered may have caused you emotional damage, financial loss, or permanent physical disability. Do not spend the rest of your life paying for a mistake made by someone else. Hire our well-versed attorney and let us help you with your legal battle. Schedule a legal consultation today! Contact us to learn more about our legal services.

Things to Do If in an Accident

Disclaimer
The information you obtain at this site is not, nor is it intended to be, legal advice. You should consult an attorney for advice regarding your individual situation. We invite you to contact us and welcome your calls, letters and electronic mail. Contacting us does not create an attorney-client relationship. Please do not send any confidential information to us until such time as an attorney-client relationship has been established.
Copyright 2016 Law Offices of Albert Garcia
close lightbox